Synopses from Chinese, Green, Yellow and Red will be shifted here when their corresponding series have been picked up by a translator or removed by the author. Please at least credit or link back if you use my teaser translations.

Due to a false charge, Felicia Swallows who was admired by the young ladies got her engagement with His Highness annulled and was expelled from school. There’s nothing but misunderstandings all around her, but the person herself only wants a rose-coloured commoner’s life. It’s a story about characters from【Nation’s Saviour Lady Rose】, an otome game from her previous life.

Losing her mother, Victoria ended up having no relatives. Arriving at the imperial capital seeking for employment, she jumped at the ‘3 meals and boarding completely free’ with the requirement of having at least an average level of magic, and transferred into the school full of guys, aka ‘Paradise’. Cutting her hair so it won’t stand out and putting on glasses. Such an arbitrary and carefree, moreover my-pace Victoria, was as tacitly promised a 「bishoujo when her glasses are taken off」. The boys who were brought up amongst males may or may not be trifled with by such a girl, but it won’t become a reverse harem.

T/N: This has been removed from syosetu by the author.

Waking up on the hospital bed and having wandered the border between life and death, I realised that I, Sagara Mizuhime, have memories of a previous life. After which, I was shocked to find that my surroundings were that of 『seventh heaven』, that I obtained and had no choice but to play before. My unpleasant role is that of the unfortunate protagonist 『Tojou Rin』’s rival who’s also a perfect ojou-sama.

But nonetheless. If I look very, very closely, there’s several slight differences from the game.

If that’s the case, then Mizuhime spontaneously chose a life of not competing with the unfortunate protagonist and embarking on her own road, however.

What will become of her future when, due to a small mistake, things changed in a direction she didn’t want? 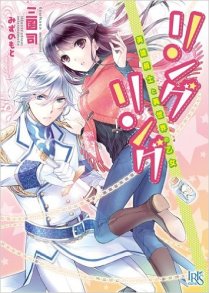 3 years ago, university student Shiori sheltered a knight who got transported to Japan from another world. He managed to safely return to the previous world, but for some reason, this time it was Shiori who got transported. Because there weren’t anyone to rely on, Shiori went to meet the knight but he became a hero in this world……

On a certain day, a nameless man who was a wage slave in Japan died mercilessly in an accident. When he awoke, he had became an evil dragon in a different world. The man thinks, “Hm, doesn’t this mean that I don’t have to work?”

Having became the ultimate creature that even Demon King and the Hero are unable to compete against, he was a man who lived leisurely, as he liked.

The ‘villain of the otome game’, who is this referring to?
“Of course it’s me, Yukina.”

Then, what is this ‘villain’ referring to?
“One who interferes with the romance of the heroine with petty harassment and misdeeds, the type of person who’ll be hated by everyone.”

If so, why are so many capturable targets gathering around you?
“…… I’m the one who wants to ask that… hurry up and lose your hearts to the heroine…”

Even the ‘heroine’ you were talking about seems to like you, why is that so?
“That’s precisely what I want to know!!”

※ This is the story of a villainess whose favourability rating with the heroine keeps raising despite working hard and working hard at being a villain, a story of the struggle during the opening event. She has no self-awareness.

Seltina used to be a duke’s daughter.

2 years ago, banished from her country, she joined a guild in the neighbouring country she arrived at. She who became so strong that other countries know her name was called back by the very country which banished her.

To subjugate the Demon King, with the companion who already has zero motivation, the girl who came from another world and drove her so far that it came to banishment, the Crown Prince ex-fiance, the Knight-sama ex-younger brother, the needlessly easily-embarrassed magician and the girl who ended up leaving with them on a journey slices apart enemies, retorts at her allies and is occasionally stupefied, this is such a story.

I, an ordinary university student, Minase Reina, woke up in another world.
Eh? I made a contract with spirits? Nn? Hasn’t my body shrunk?

The female uni student who got summoned without even knowing why, pointlessly raises flags as she struggles boldly and resiliently in order to return home. Someday it’ll become reverse harem…… or will it?

T/N: Most of the chapters has been removed from syosetu by the author due to serialisation.

I Am Going to Nurture Hero-sama Because I Do Not Want to Die by Yomogino
30 chapters, ongoing
< R18, cruel depiction, BL, different world(fantasy, transport), age regression, slow(?)romance, the future hero, slightly serious, monsters, a bit of action, some school life >

“Please, I implore you to save the world”──A pure white goddess-sama said to me in a pure white space, a standard line that seems to suggest the game is going to start now. Please say such a stirring line to boys and girls with glittering eyes! It’s a mistake to say that to someone like me, who’s exhausted from job-hunting! She ended up crying when I politely declined, and when I reflexively said that I’m okay with helping out if it’s something easy, she told me: “It’s fine if it’s just for the Starting Village arc, please guide the future hero-sama” and tossed me. Into another world. Well, into the world that the gamer goddess-sama created, which is a reproduction of a game she likes──    It begins from 12 years old but will briskly move on till 18 years old. My first story that I submitted as a test, will have that kind of scenes. The first part will be leisurely(?). Future Hero x Rival Boy (former job-hunting youth).

((T/N: The part after the second em dash is the author’s note.)) 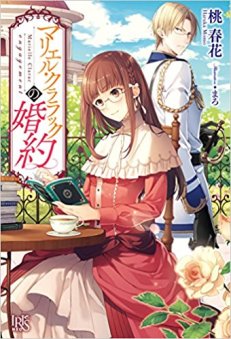 The plain, unpopular, inconspicuous and dull wallflower of the social circles. Even then, a marriage proposal arrives for such a Mariel. The fiancé is, surprise!, the heart-throb imperial knight Shimeon-sama!  Why does he, towards this girl?  Even as she is showered in jealousy and scorn, Mariel is happy. After all, Shimeon-sama is the perfect delicacy, a handsome youth with a bright exterior but a dark interior! This is the story of a girl who secretly laughs at her fiancé and his surroundings.

I remembered. That in my previous life, I was the existence called a fujoshi. And that the world I’m living in now is the world of a BL game I played in those days. Moreover… isn’t my older brother the protagonist!! It’s a life too good for me. It’s just that, the unfortunate thing is, my older brother had already secretly tied the knot with his childhood friend. In other words, it’s the situation of 『Post- End of Original Game Story』. An extremely cruel prank of God who didn’t look at real time!

But it’s fine. Even if it’s just the ‘Post’, I can also eat it up deliciously. I’ll search for a delicacy from the capturable characters who didn’t tie the knot with my older brother.

That was the beginning of my mistake.
I’ve forgotten. That I look like my older brother.

Okay, listen well. Homo isn’t something you become, it’s something to look at!
Even if it’s the world of a BL game, I won’t become homo okay!

((T/N: The drawing to the right is from the author’s twitter. To the left is official art.))
(Raw) Amazon 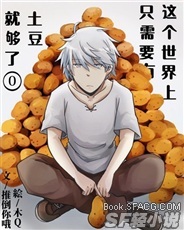 All This World Needs Are Potatoes! by PushedYouDown
ongoing.
< comedy, fantasy >

I Beg You Someone Please Come Chase My Younger Sister Away by RainMountainCoolSound
ongoing.
< slice-of-life, school life >

There’s a problem. Really. When will my sister get married off. Whenever I bring up this topic, my best friend will always give a silly smile or make a fervent face. “Stop taking things for granted!” He rubbed my head, shoving it half-jokingly. With a deadpan look, I said to him coolly: Come to my house after school, I’ll let you meet her. The next day, I lost a friend…

The first time I saw him, travel-worn, I flippantly advised him, “Young lad, don’t look so pretty if you’ve nothing better to do. It’s not safe when you go out.”

The fourth time I saw him, clad in a high school uniform and carrying a backpack, I respectfully bowed to him, “Uncle sure is handsome; extremely matching with my Teacher Ye. Can you let me be your flower girl when you two marry?”

The fifth time I saw him, he chased me through a street, eventually cornering me in a dead end, his eyes narrowed slightly, “‘Let me be your flower girl’? Do you still want to be a flower girl when you’re already 24 years old?”

Him, “Of course I’m agitated. Have you ever heard of the bride being the flower girl?”

He is the successor of a conglomerate. Decisive and ruthless, cold-blooded and unfeeling, yet he pampers her so much.

“Husband, I want to change the bed sheet, which sheet do you think is the most comfortable to sleep on?”
“You.”
“……”

All in all, this is the story of a black-bellied president and a pampered wife’s efforts to have children after their marriage. 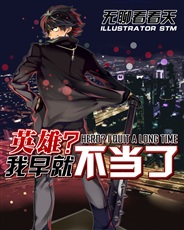 Accompanied by all kinds of crisis and despair, was the arrival of mankind’s first significant superhero. Under his lead, superheroes emerged in droves. However, after five years of continuous fighting, he disappeared from the people’s eyes.

Consider donating or whitelisting NakimushiTL on your AdBlock to keep the site running. Thank you!